Is there anything more satisfying than having a cold one after a long day?

Maybe a perfectly paired main course to go with that delicious cold craft beer that you have recently found at your favorite bottle shop?

There are thousands of beers out there, and it can be difficult to choose the right one to pair with what you are eating.

Traditionally when we think of pairings we think of food and wine. I am about to change that, beer is the perfect accompaniment to food!

So, I have done some research (essentially that mean a lot of beer drinking and BBQ cooking) and discovered a thing or two about food and beer pairing. 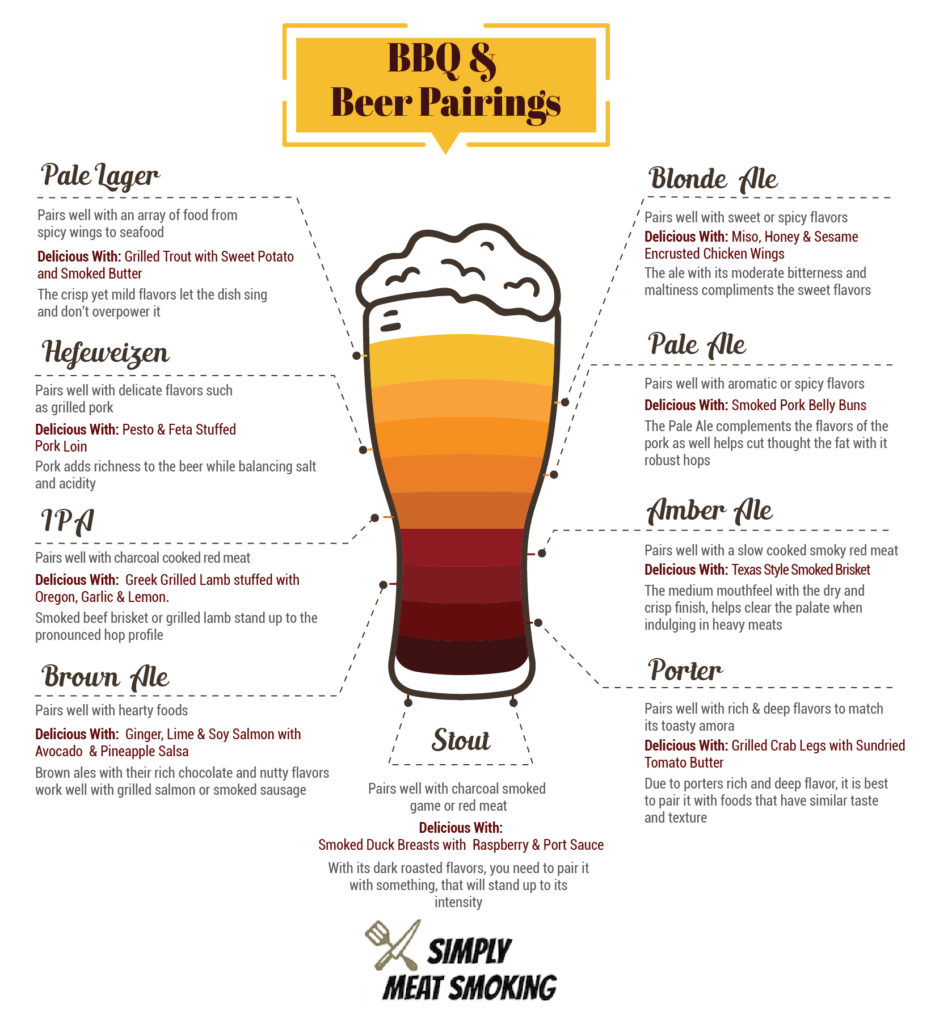 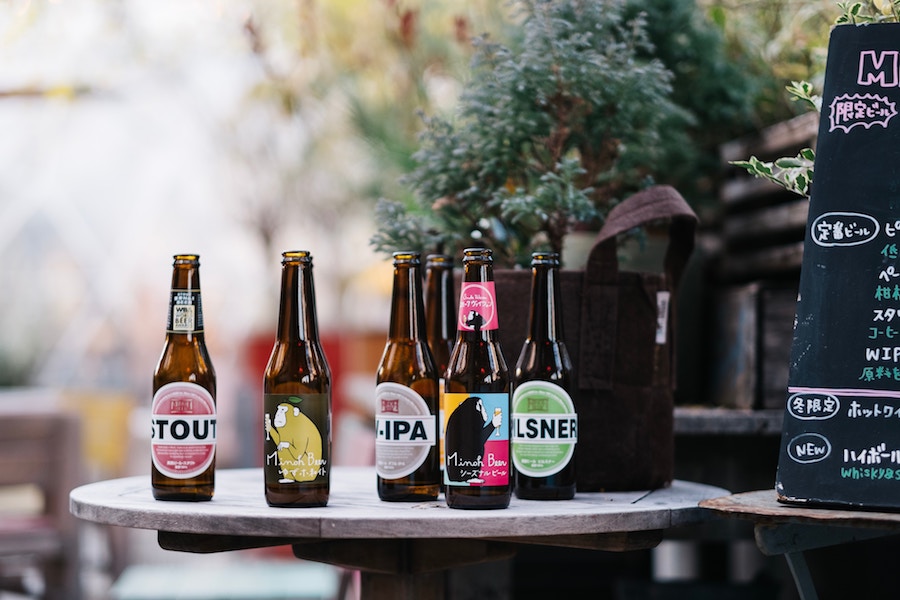 Before I dive into my food and beer pairings, lets go over a few ground rules for when you are trying to find a perfect food to compliment your beer.

Acidic: Acidity is the acid levels of the beer. Acidity can often be confused with a vinegar flavor.

Bitter: Picking out bitter flavors of a beer is one of the easiest flavors to pick. Bitterness can be caused by the amount of hops that has been added to the beer in the fermentation process.

Body: The body of a beer is how it feels in the mouth. You will usually find the following words used to describe the ‘body’ of a beer. Delicate, dense, full, heavy, light, medium, overwhelming, robust, thin, viscous.

Carbonation: Carbonation refers how ‘fizzy’ the beer is. Beer gets its carbonation from carbon dioxide which has dissolved into the beer throughout the brewing process. Think of carbonation as the tingling feeling you get in your mouth from the beer.

Chalky: Chalky is. not something that you want your beer to be. Chalky is when you. get a dry chalk like feeling in your mouth after taking a sip.

Dark: Dark can be both a description of the color of your beer but also the flavor. A ‘dark’ beer is generally a beer that has been made from a malt that has been roasted longer, giving it s darker flavor and a more dark nutty or toasted aroma.

Grunty: This is one of my favorite words to use when describing beer. A ‘grunty’ beer is a beer that has big, bold flavor and is generally a higher alcohol percentage.

Hops: A hoppy beer is a beer that has a high concentration of hops. This can be noticed by the smell, taste and sometimes even the color of the beer. .

Light: Light can mean several things. The physical color of the beer, the alcohol content or the taste/ mouthfeel.

Malt: Malt is what you get from the barley gain used to make the beer. Malty is generally used to describe the color, flavor and taste of the beer. A malty beer is generally a beer that is dark and big on nutty flavors.

Stalky: Stalky is a way to describe a beer that has a green, herbaceous more natural flavor to it.

Sulfidic: generally not a good term, sulfidic usually refers to the smell of the beer. Usually to describe, a rotten egg, thermal smell.

Under Attenuated: This is a term used to describe a beer that has not been fermented properly.

Voluptuous: Used to describe a beer that has a very full on full flavor and rich texture.

Yeasty: Yeasty is a word that can be used to describe the taste or smell of a beer. It is used when a beer has notes of bread or other yeasty products.

Most of the time it is easier to just look at a nice pretty picture to get your information. Here is a quick go to guide for the best food and beer pairings. 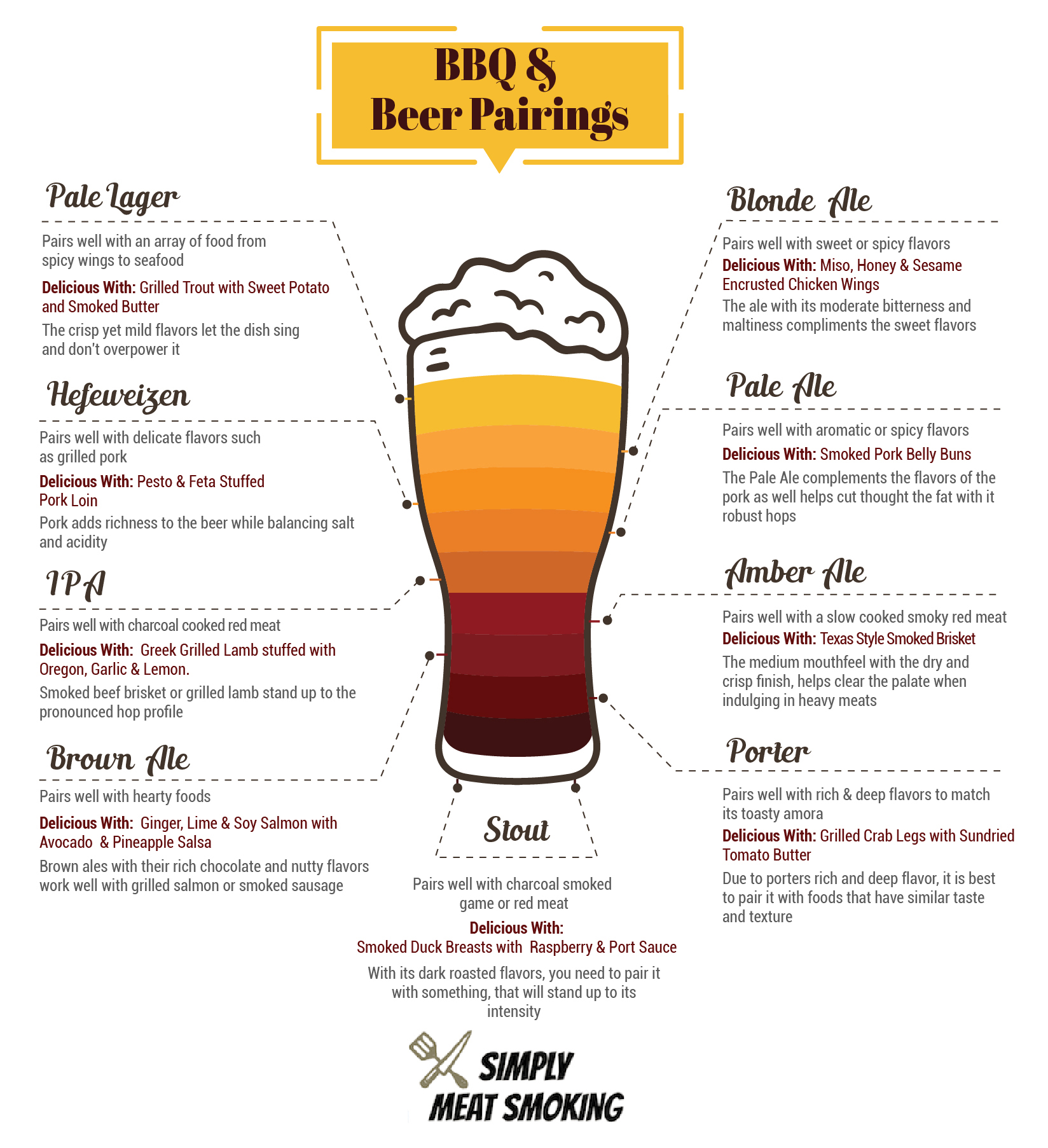 To Use This Infographic Please Insert The Below HTML Into Your Website: 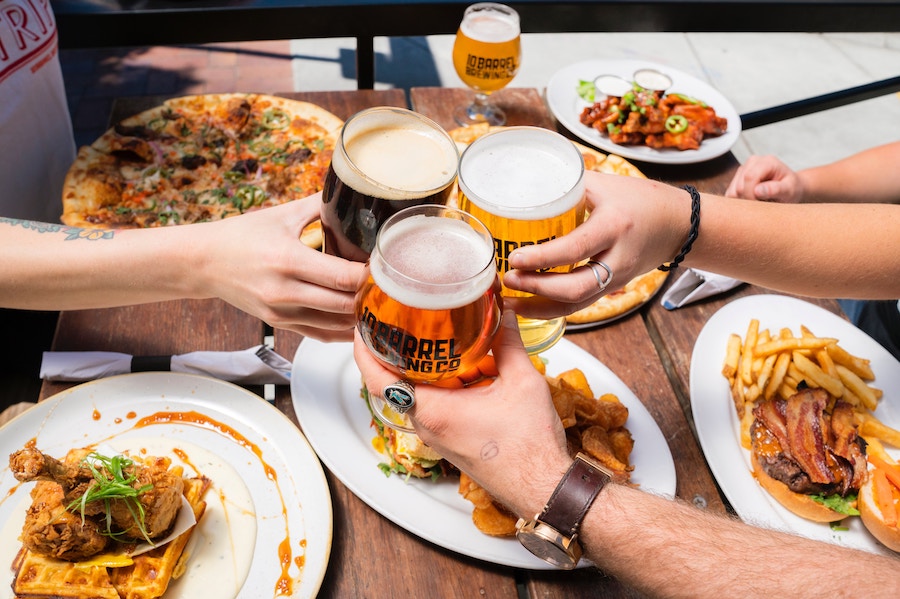 Meat and beer pairing doesn’t need to be difficult. It should be a fun process for you to explore and come up with your favorite combinations.

Have fun and explore your taste buds, what is the worst thing that can happen?