For those of us who love meat we are spoilt for choice.

On this edition of ‘meat vs meat’ I will be looking at Prime Rib vs Ribeye. I can confirm to you these are two totally different cuts of meat.

They are two of the juiciest and delicious cuts of beef that are must-haves for every steak menu. In this post I will examine how each is cut cooked and the differences in cooking methods, texture, and flavor between them.

What is the Difference Between Prime Rib and Ribeye?

Prime rib and ribeye are two cuts from the same animal but are different in so many ways.

One difference that is easy to spot is that a ribeye steak is boneless, while prime rib has the animal’s rib bone still attached to it.

What is Prime Rib and Where Does it Come From?

Prime rib is a lump of juicy and amazingly delicious meat cut. It is from the primal rib section of a cow.

Standing rib roast, as it is popularly called, is cut out of whole ribs just after it has been cooked. They are quite big, and there’s a high chance that if you request for a prime rib in any restaurant, you will be given a cooked roast slice.

When served as a steak, the bone is attached all the way up on one side of the cut, making it easy to maneuver and remove. Although it has the word ‘prime’ in its name, a standing rib roast is not always USDA prime. A reserve sear is also a good way to cook prime rib.

You will have to check the beef grading before you buy it, to make sure that it is.

What is Ribeye and Where Does it Come From?

Ribeye is not so different from prime rib, as it also comes from the primal rib section of a cow. It has many names like rib eye or rib steak. Nevertheless, they all refer to the same meat cut.

The obvious thing to note is that ribeye has the rib bone of the animal removed before cooking. The way the bone is removed from the meat cut creates an oval hole in it and is where the cut gets its name from.

Ribeye is usually served as a roast, but could also be cut into steaks after it has been cooked. The steaks are tender and very easy to cut when cooked properly.

Both the ribeye roast and the steak are very juicy and delicious.

Is Prime Rib the Same as Ribeye?

Prime rib is usually a large beef cut with a large rib bone in it, which adds to its rich flavor and moisture.

It is cut from the best part of the rib, which explains its name. This part is usually in the middle and between the 7th and 11th bones.

The portion has a thick marbled meat cap that is flavorful and very rich.

A typical prime rib that is served in a restaurant is huge and can be sliced into several pieces. Each piece is referred to as a rib eye.

One the other hand, ribeye is smaller and is prepared as a boneless steak, or with a small bone.

Unlike the prime rib, the ribeye is a steak and not a big meat chunk. It is gotten from the longissimus dorsi muscle that is located near the rib and runs from the hip bone to the cow’s shoulder blade.

Like the prime rib, ribeye has a cap at the top of the steak. A ribeye steak may be cut from a prime or less prime part of the animal’s rib bone. It has less fat and muscles than the prime rib.

The difference between these two meat cuts is that a prime rib contains a ribeye, but a ribeye steak does not have the meat or bone that are in a prime rib.

Both meat cuts are gotten from the same part of the animal, and so have a beefy flavor. They are more delicate than other kinds of beef while still being fatty.

However, the ribeye is not as flavorful as the prime rib. A prime rib usually has more fat and a large bone, which increases its flavor. The fat contained in the meat cut is well-marbled through the cap, giving a buttery taste when eaten.

Ribeye is milder in taste than prime rib and tends to be tougher when removed from the rib bone before being cooked.

When cooked correctly, it could be more flavorful than prime rib. The meat cut has less flavor than a shank, but more than a tenderloin.

A ribeye tastes excellent when lightly seared and seasoned on a skillet with unsalted butter or olive oil.

The texture difference between prime rib and ribeye is dependent on the methods used to cook the two cuts. If either meet cut is cooked properly, it will have a better texture than the other. However, looking at the two cuts before cooking exposes some obvious differences.

A prime rib cut has a ribeye section with a bone, muscle and fat surrounding it. The fat makes it very soft to touch. It can also be moist because of the bone that it contains.

When a ribeye is cut from a prime portion of the prime rib roast, it is usually soft and tender. However, the opposite is the case when it is gotten from a less prime portion. This is because the less prime portion could be a muscle that was exercised often by the cow. Nevertheless, the ribeye is smooth and finely-marbled at the cap.

Since it is larger, it is expected that the cost of a prime rib would be far higher than a ribeye. However, the price of a prime roast for each serving is also higher than that of a ribeye steak. This happens because a prime rib usually contains more marbling and flavor than the ribeye.

Another thing that affects the cost of a prime rib is that it is quite difficult to get. Most restaurants will serve you a large ribeye steak instead of a prime rib when you request for one. Buyers have to go to special shops and restaurants to get delicious prime ribs.

Interestingly, when you find a restaurant that serves a prime rib, it tends to be cheaper than a ribeye. This is because it is easier to cook large meat cuts at once than several portions.

The cooking time, methods, and techniques of the two types of meat cuts are quite different. Ribeye steaks are thinner than prime rib, and so will require a short time to cook. Ribeye also heats faster because they contain less fat. On the other hand, prime rib is usually cut into roasts and cooked for a long time at low temperature.

Ribeye is more suitable for grilling and searing than prime rib. However, the inside of a ribeye poses quite a challenge. They don’t char easily and may need to be cooked at a lower temperature.

The sous vide method or oven cooking is usually used to get the inside well cooked. On the other hand, to get the insides of a prime rib to become brown, the meat cut is pan-seared using the juices from it. The bone in the prime rib is curved, so steak-lovers can put the bony side down when roasting.

A prime rib may be cooked or grilled, although this would not give the desired crunchy, brown taste that steak-lovers desire. The perfect method is to bake in an oven slowly.

As they have slightly different flavors, make sure that you season both cuts properly before grilling or cooking. The cuts should also be removed early from the freezer, so it doesn’t defrost on the pan or grill. The buttery flavor of a prime rib goes perfectly with garlic and some sprinkles of salt, while the ribeye is best enjoyed with tons of salt and butter.

Wrapping it Up: The Difference Between Prime Rib and Ribeye

As you may have noticed, the primary difference between a prime rib and ribeye is that a prime rib has more fat and muscle. A ribeye is just a smaller steak cut from a roast. It is very easy to confuse these two types of meat cut because they are not only gotten from the same animal but also the same part of the cow.

A ribeye will give you the perfect meat cut, although in a small portion, while the prime rib will offer a large cut that still contains ribeye(s). Nevertheless, the ribeye and prime rib are two delicious meat cuts that every steak-lover wants to see on a restaurant’s menu. A few minutes should get both sides brown and juicy, just the way steak-lovers like meat cuts.

Whether you want to cook cuts or order from your steakhouses, you can now be confident of the differences between ribeye and prime rib. They are two delicious meat cuts that shouldn’t be mixed up. 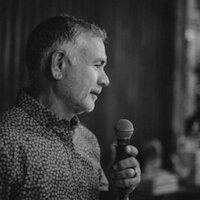