What better excuse for a family get together than smoking a turkey. My family loves a Thanksgiving or Christmas turkey.. and im sure yours does too!

So naturally, creating this meal is something I take great pride in. I love firing up my gas smoker and spending some quality time in the yard, but the best part about smoking a turkey? The smile on my family’s faces when I walk in with the finished product!

Because of its size and reputation as being something hard to cook, smoking a whole turkey can be quite intimidating for those of you who have never done it before.

So I will break this down this process as simple as I can for you.

One essential part of smoking a turkey is carving it at the table. So an important rule is to have a nice sharp carving knife! The last thing you want to is be cutting this thing of beauty with a bad knife!

Lets get into everything you need to know about smoking a turkey in a gas smoker! 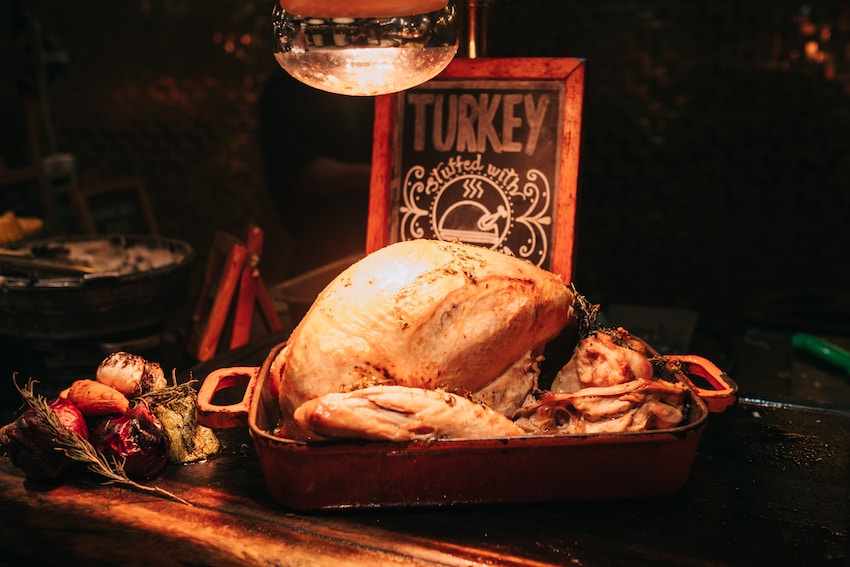 Charlies Tips on Smoking A Turkey in a Gas Smoker

Your 10 Essentials to The Best Smoked Turkey 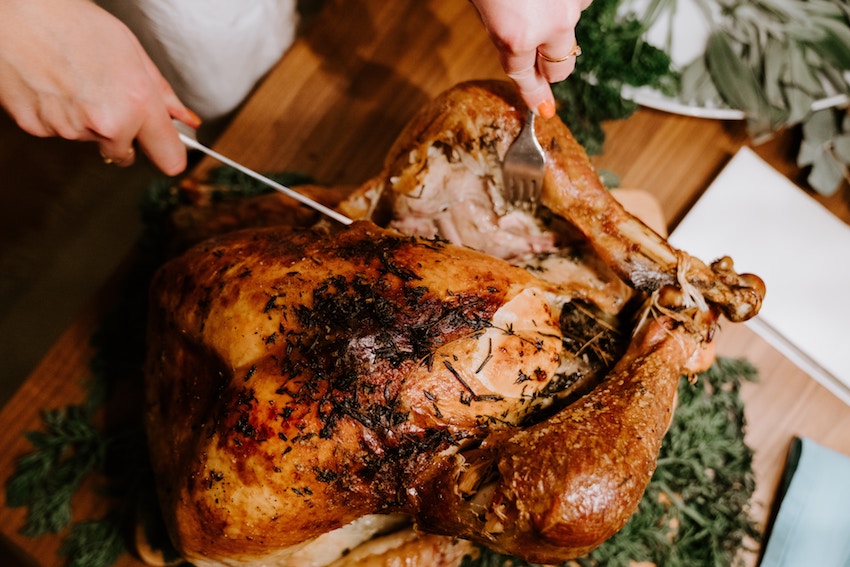 What Temperature To Smoke A Turkey At

Using one of these bay boys allows you to enjoy family time while still monitoring your bird.

When it comes to deciding which wood to use to smoke anything, it mainly comes down to personal preference, everyone has their own favorite and their personal opinions.

However, when it comes to selecting what wood you should use for smoking turkey there is one main rule that you should follow:

You should pick a wood that does not have a very overpowering flavour. Turkey is a delicate flavour and can be overpowered very easily.

My top choices for the bet wood for smoking turkey are: 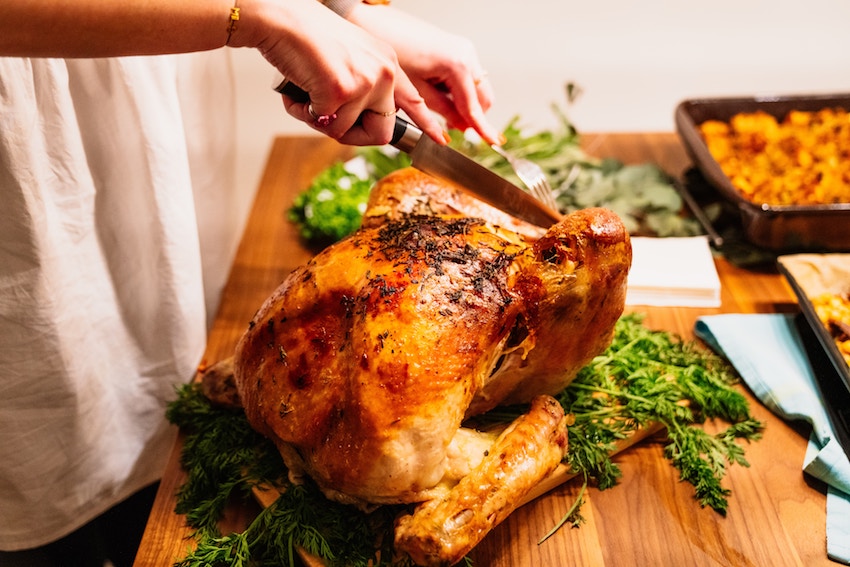 Charlies Guide to Smoking a Turkey in a Gas Smoker 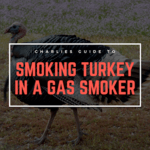 Smoked Turkey In A Gas Smoker

This is a simple recipe for smoking a turkey in a gas smoker. Please feel free to use this recipe as a base and put your own flare on it!
Prep Time30 mins
Cook Time8 hrs
Brining and air drying1 d 12 hrs
Total Time1 d 20 hrs 30 mins
Course: Main Course
Cuisine: American, Barbecue, bbq
Servings: 8 people
Calories: 800kcal
Author: Charlie

You need to have gravy for your turkey! I have two favourite recipes, the one below and this one

This gravy is quick, simple & easy. You will thank me later when you are chowing down on a smoked turkey sandwich dripping with gravy!

1. While the turkey is smoking take the gizzard, neck & around 10 peppercorns. Simmer in a quart of water on a low heat.

2. Once your grill has cooled, carefully remove the drip pan and run the drippings through a fat separator then add into the simmering neck, gizzard & peppercorn broth. Add in any leftover meat from carving the bird.

3. Fish out the gizzard, neck and most of the peppercorns and keep on a very light simmer.

4. In a separate pan make a roux by melting 2 teaspoons of butter while mixing in 2 ½ teaspoons of flour. Stir constantly until golden brown.

5. Stir the roux into the gravy broth and season with a little thyme, salt & pepper to your taste.

6. Simmer for around 5 minutes on a low heat until thick. This gravy is best served nice and hot!

How To Smoke A Turkey On A Gas Grill

Smoked Turkey On A Gas Grill

Not everyone has a gas smoker, but thats ok. You can still smoke a turkey on a traditional gas grill, and its not too hard! I will walk you through step-by-step how to smoke a turkey on a gas grill.
Prep Time30 mins
Cook Time6 hrs
Brining Time12 hrs
Total Time16 hrs 30 mins
Course: Main Course
Cuisine: Barbecue
Servings: 8
Calories: 200kcal
Author: Charlie

Smoking a turkey is not as scary and hard as you first thought is it? These two smoked turkey recipes are a good way to feed a crowd, or the family.

I hope these step-by-step guides have given some of you an insight (and the confidants) to see how easy it is to smoke or grill smoke a turkey. We love making left over turkey sandwiches the next day!

For those of you who are new to the smoking world, I have created a list with (in my opinion) the best BBQ blogs of 2019 that you should keep an eye on, these blogs have a great range of information with everything from, recipes, reviews and tips and tricks.

Do you smoked turkey recipes of your own? I would love to hear about them in the comments below!